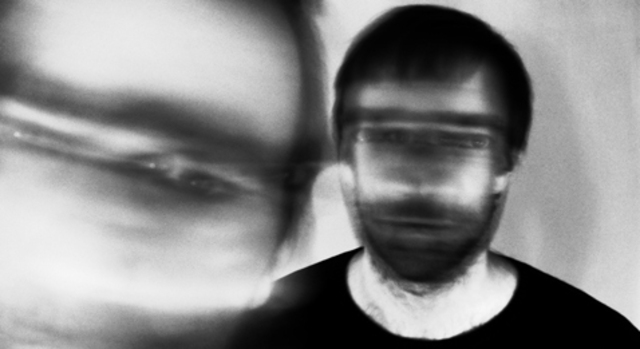 On the eve of the release of Oversteps, a milestone record for the pioneering Mancunian duo, The Skinny chats to Autechre's Sean Booth about hip-hop, artistic isolation and the lure of Hollywood.

If NASA ever decide to repeat their grandiose publicity stunt of 1977, which saw them launch the famous Voyager Gold Discs into the depths of space, one imagines that Autechre's laser-etched, steel-enclosed deluxe edition of their 2008 album Quaristice should serve as sufficient payload to bluff any alien civilisation into believing that Earth is a planet that actually has its shit together. As well as holding the distinction of being the only CD packaging that The Skinny has worn gloves to handle, its formidable, uncompromising beauty serves as a seemly analogue for Autechre's musical output since their inception over 20 years ago.

And yet, while Quaristice may look like the kind of thing that Mr Spock would keep in his cd rack, its actual musical content is definitively eclipsed by the glassy tones and deep-space drones contained on the group's forthcoming LP. Oversteps is, even by the duo's dizzying standards, something of an opus - a widescreen spectacle both terrible and beautiful. With a saucy tap of our communicator we open a channel to Sean Booth and pose an obvious question: Why have we yet to see Autechre score a sci-fi epic? They must be getting schmoozed by smooth-talking movie producers left, right and centre, surely?
"Not as much as we'd like!" bemoans a weary sounding Booth (obviously having just torn himself away from a draining mind-meld with Rob Brown, the other half of the entity known as Autechre). "We do now and again but it's usually for totally inept stuff. They never let us talk about it - they always make us sign these fucking non-disclosure agreements. To be honest with you I haven't liked a lot of recent sci-fi apart from District 9. Most of it's been junk really. I am really into film, so I wouldn't want to sell myself short. That sounds really snobby, doesn't it?"

Coming from a lesser musician it might, but there are precious few artists working in any discipline whose creative development has described a trajectory of such excellence and innovation. It feels quite natural to trace a path backwards from Autechre that passes through the key experimentalists of numerous genres: from the polyrhythmic hip-hop of Mantronix to the bizarre transgressions of Coil and Psychic TV; all the way through Kraftwerk, Brian Eno and Klaus Schulze; and finally intersecting with Karlheinz Stockhausen and the stochastic techniques of Iannis Xenakis. For this they are unique amongst their peers. Booth is not so modest as to deny this fact: "There's a trail following us, which I'm not really aware of... and then that's it. And then nothing else. There's almost like a complete void around us." So are the group happy with their status as lonely caretakers of the vanguard? "Yeah, it's good. It's fucking liberating - I mean, really. It means you can pretty much do what you want," he adds, emphatically.

Whilst it's clear that Booth feels Autechre are operating at a remove from current trends in electronic music, he's also diplomatic when it comes to discussing the scene's prevailing reliance on powerful production software such as Ableton, together with what he pithily refers to as "the whole unlocked hip-hop thing:
"You know that [Mr] Oizo album from a few years back, Moustache? I fuckin' love that album. It's beautiful. Really concise and fucking direct and super good but there's been so many things since that rip it. It's become a thing now and it's bleeding into that Sensational, Dilla, Madlib influenced hip-hop stuff that's kicking about at the moment. I can see where all the overlaps are in production terms and why it's happening and it totally makes sense to me but it's a little bit predictable, maybe. Which is not necessarily bad. It's good. I kind of like it when ideas resonate with large groups of people. You get really mad extrapolations coming out of it."

Of course the flip side of the group's futurism has always been an odd sort of mechanical shamanism, borne out by their obsession in using kit in ways it wasn't designed for. It's never been the case that Autechre got the jump on their peers by having better technolgy, it's simply that they know how to commune more effectively with the machines that are available; to eke out the maximum of human expressive potential from circuit boards and semiconductors. It's the most fascinating aspect of their creativity and we wonder: just how much are Autechre themselves intrigued by the music that they make?

"Quite a lot. It's what keeps us doing it really. When you're working on tracks, what you're looking for really is a feeling of recognition that something's good. If I produce a good bit of music and play it to Rob, we'll both be sitting there thinking 'fuck, this is good' but we won't know why it's good. I don't even think like that and I'd find it really unnatural and oddly limiting if I had to. I know a lot of musicians who can talk the talk as well and would be able to break down what I'm doing but I find it's almost like explaining to a kid what play is. It's not gonna help, really."

And so to return to our original flight of fancy, one senses that if Booth and Brown were left in charge of Mission Control they wouldn't be conceited enough to waste energy firing their own records into the great beyond - although they might well be tempted to use SETI's radio telescopes to scan for a banging intergalactic pirate station. As the absent Brown himself opines in a brief, frosty email exchange subsequent to our chat with Booth: "Music's only futuristic if you haven't heard it yet." Always questing; always questioning, theirs is the music of discovery - a thrilling exploration of the unknown.